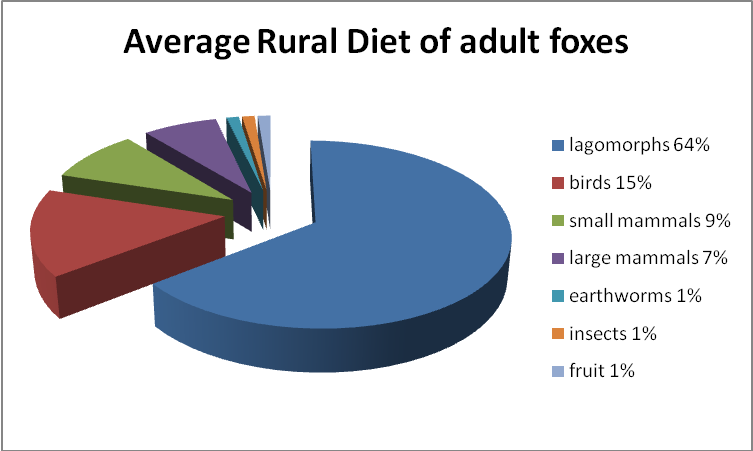 With the recent media attention on urban foxes the question has once again been raised about the need to cull foxes. The fox hunting community has always claimed that one of their raison d’être is to control the numbers of foxes in the countryside. So does this argument hold any water?

Germany banned fox hunting in 1934 and ironically, in 1947 rabies arrived. The German state attempted to solve the rabies problem by reducing the fox density below a certain threshold. These included attempts to hormonally sterilize foxes, distribution of poison baits, trapping, digging and destroying fox cubs in earths, general earth gassing and intensive general culling. None of these methods were successful in reducing and maintaining the fox population. The solution they now use is an oral vaccination which has successfully reduced numbers and controlled rabies.

So why do none of the ‘traditional’ methods outlined above work? A study of different culling practices on fox numbers in a large region (1,600 km2)including hunting with hounds, winter shooting, culling at the den and fertility control, showed that the most effective at reducing fox populations was culling at the den, which eliminates the mother with her cubs and winter shooting, which removes dispersing individuals. However, none of the methods was very effective at reducing overall fox numbers because immigrating foxes from other areas quickly replaced dead foxes. Two British studies have shown that have looked at the impact of culling on fox numbers have both found that killing foxes in the winter actually leads to a higher population in the spring when they start breeding because more foxes move in to contest the vacant space than were there originally.

Foxes are territorial animals, and the size of their territory is related to food availability. This is further complicated by factoring the dispersal of the food and time to gather such food. Depending on these factors and seasonal variation territory can vary between 0.1 km2 in urban environments to 40 km2 in the countryside. So the local fox population is therefore regulated by the amount and availability of the food supply.

The estimated fox population in the UK in 2001 was 225,000 with 33,000 of those living in an urban environment. It was estimated the fox hunts were killing about 5% of the countryside population. During the ban on hunting due to the foot and mouth epidemic there was there was no overall change in the fox population. Why is this? Fox litter sizes increase in direct proportion to food supply and availability of territory. According to Kolb (Country Foxes, 1996) the average litter of a vixen in the countryside where no fox control takes place is four to five cubs, but where extensive fox control has happened, such as on shooting estates, then the litter size increases to six or seven cubs. So the culling may reduce the fox population for a short space of time but the increase in litter sizes soon replaces the numbers killed. Add to this the fact that by freeing up territorial space, foxes from outside the culled area will move in to take over the now freed food supply. Kolb (Country Foxes) claims that mathematical models show that, to make a reduction in the number of foxes, you would need to kill over 75% of the current population. This would be impossible unless the breeding rates of gamekeepers and terrier men increase substantially! Of course if we had a massive decrease in country foxes we would likely see urban foxes migrating out to the countryside as territory is freed up, so such culling measures would need to cover urban population centres as well. The reality is that this is not feasible.

So as we have seen the general control methods used in this country will not control fox numbers? But this leaves the question; should we be using a more efficient method to reduce the fox population, such as in Germany? Leaving aside the ethical issues of any cull or population control method, what harm do foxes actually do?

There have been various studies on what foxes eat and results vary wildly between country and urban foxes as is to be expected. But there is also a massive variation in eating patterns between different areas of the countryside as well. Foxes are classified as carnivores, but in practice they will eat almost anything; they are, in effect omnivorous. The most current data comes from Baker and Harris (Urban Foxes). Country foxes’ diet consist mainly of lagomorphs (rabbits and hares) to the extent of 50-75%. What proportion of each species it is hard to tell as the diet information is gleaned by droppings and stomach contents, and the difference between hare and rabbit is extremely had to distinguish in such form. However, as it is clear that the population of rabbits far outweighs that of the hare, it is a safe assumption to make that the majority of foxes live mainly on a diet of rabbit. The next largest food source is birds, 10-25%, followed by small mammals 7-11%, large mammals 5-9%, with the remainder being taken up by insects, earthworms and fruit. There are a very small amount of birds eggs eaten, but less then .02 of a percentage. Roughly averaged out we get a diet as displayed in the diagram:

So using this data the only logical reason to cull foxes would be because of two areas of foxes food supply, which interfere with human industry, large mammals and birds. But what exactly is included in these figures and from which source do they come from? Foxes will eat carrion and it is a fair assumption that a fair proportion of the large mammal percentage is taken up by animals that had been found dead by the fox. Foxes do not have the physical capabilities to take on anything larger than a cat. So although many farmers and countryside ‘experts’ claim that foxes kill new born lambs, the likelihood is that these are still-born or otherwise ill or weak animals abandoned by the ewe. If there is any killing it is a very small number.

Foxes do, of course kill chickens and young game birds such as pheasant and partridge, which are included in the 15% of birds in the diet. There is no way of knowing how much of this is poultry, game birds or other wild birds, so let us assume it is an easy 5% each. Chickens can be protected from foxes with a little hard work by the farmer using deterrents and fences, and most free range farms have little problem with foxes. Game birds are not such an easy bird to protect and I will expend no effort discussing the need to protect an artificially reared bird purely for the pleasure of shooting it at a later date.

Calculations on the effects Foxes have on the agriculture , as a whole, have shown that the due to their affect on the Rabbit population the balance is a gain of a few hundred pounds per fox so they are economically beneficial overall.

So to return to the main point of this article; do foxes need culling? Without a countrywide campaign the effects of any such localised culling is extremely limited and only lasts for a short period of time, so in and of itself fairly pointless. The real argument comes down to whether or not the fox is doing any real damage. It is clearly seen from the proportions of the fox’s diet that, with good poultry management the only people who suffer from fox predation to any real detriment are game estates. To cull a species because of a mere 5% of its diet, and then only so that the birds upon which it is feeding can then be slaughtered for pleasure is perverse, to say the least. So the science is clear; there is no need to reduce fox numbers, and left to its own devices the fox population will stabilise and control itself. 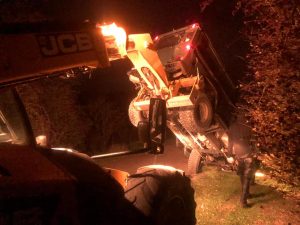